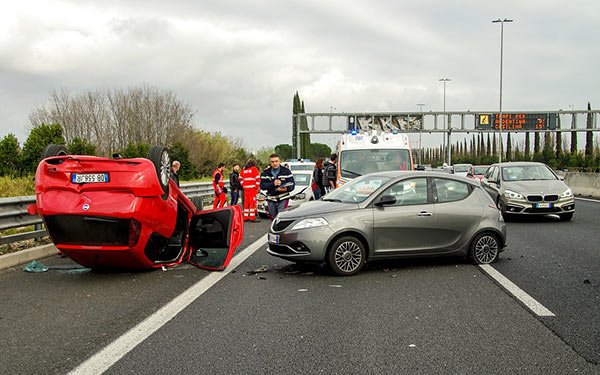 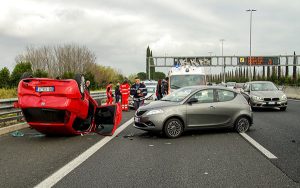 Experiencing some degree of pain after an auto accident is not uncommon. While for many people, the pain may be temporary and specific to one area, for some the pain becomes chronic and widespread. For years, both the patients and their physicians were unsure of what was causing this widespread pain but now we know that, at least in some cases, this chronic pain is being caused by changes in the nervous system and how it reacts to pain.

During an auto accident, the tissues in your neck and spine can be stretched or even torn. This can lead to the area becoming swollen and inflamed, which causes the nervous system to start sending pain signals to the brain. These pain signals lead to the muscles in the affected area to contract, in an effort to protect from further damage. These muscle contractions can lead to more pain in the affected area. It can really become a vicious and seemingly never-ending cycle.

If this injury is not treated quickly after the initial injury, something known as central sensitization can begin to occur. During central sensitization, pain signals are constantly being sent through the nervous system, leading to a persistent state of activity in the nervous system. This persistent state of activity lowers the threshold for what causes pain, causing the body to be overly sensitive to any level of pain. Even a seemingly harmless occurrence such as bumping into a wall can send overwhelming jolts of pain pulsating throughout the body’s nervous system.

Patients who are experiencing central sensitization prior to a diagnosis are often very confused and rightfully concerned. They know that they should not be experiencing so much pain from such simple incidents. Central sensitization can be caused by an injury to the spinal cord, which can occur during auto accidents as well as through a vast array of other situations.

As physicians specifically trained to deal with the spine, chiropractors are the perfect physicians to treat central sensitization. By seeking chiropractic treatment following the initial injury, patients can reduce the levels of pain they are experiencing, thus not allowing the pain receptors to get in the overworked state that occurs in central sensitization. Chiropractors can both diagnosis the specific source of your pain and then get you started on a treatment plan to reduce and eliminate the pain.

If you or someone you know has recently suffered an injury to the neck or spine and have since been experiencing pain in that area, Advanced Chiropractic & Rehab Inc. may be able to help. Give us a call at (330) 726-7404 to set up a consultation and we’ll see what we can do to help you improve your daily quality of life. We have been servicing the Youngstown and Mahoning Valley area since 2001 with convenient locations in Boardman and Hubbard. At Advanced Chiropractic & Rehab Inc., we are a multi-disciplinary rehabilitation group that treats work comp injuries, whiplash, sports injuries and specializes in much more than just low back pain.

Each year as the ball drops in Times Square, many of us…

March 18th Update Regarding COVID-19: First, we would like everyone to know…

Many people turn to pain medications after a tough workout, in hopes…